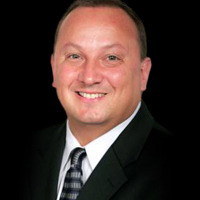 As a college football nation, we are obviously fighting through a very difficult time.  There are limited (or no) fans in the stands, an abundance of testing and several concerns floating around every college team on a weekly basis.  Until the man upstairs decides to bless us with a vaccine or a weakening of this ugly virus, we’ll be forced to adapt our handicapping styles and conform to what may, or may not, be working at the time.The Team Stryker Database has been a lifesaver this football season.  What would normally take hours to research, is available at the click of a button in a matter of seconds.  Earlier this week, I created a COVID-19 set of games and tried to find money-making opportunities within them.  All results listed are from kickoff of the 2020 season through Wednesday, October 7th. PLAY AGAINST any 2020 college favorite priced at -4 or more if they are playing a conference opponent.2020 Record = 33-13-1 ATS for 71.7 percent PLAY AGAINST any 2020 college team if they take the field off a SU and ATS win.2020 Record = 20-10 ATS for 66.7 percent PLAY AGAINST any 2020 college favorite priced at -11 or more.2020 Record = 34-16 ATS for 68.0 percent PLAY AGAINST any 2020 college guest provided they arrive with momentum off a straight up win.2020 Record = 20-8 ATS for 71.4 percent PLAY ON any 2020 college football home dog if they are battling a conference foe.2020 Record = 17-5-1 ATS for 77.2 percent As you can see from the results listed above, the dogs are barking this football season.  Of course, it’s early.  These are simply trends that have developed out of the gate.  As teams progress through the year and offenses and defenses mature, these technical situations will likely change.  The results are certainly interesting and definitely worth noting at least for now. Next week, I’ll be back with a look at what’s working during these COVID-19 times in the NFL.  Best of luck as always men!

Season openers in college football are never easy to handicap.  Unlike the NFL, there are no exhibition games.Some analysts will argue that the second game of the year is even more difficult.  There is a tendency to either overreact or underreact to a teams’ performance in their opener.  Personally, I believe college teams are never as good (or as bad) as they’ve looked in their first game and their true ability to play likely rests somewhere in between.It would be difficult to argue the point that conference games in a season opener take on a greater level of importance.  Losing your first game of the season would be tough.  Dropping that battle to a conference foe would make the beating even worse.Wondering if there was any value in taking (or fading) a team coming off a conference war in their season opener, I turned to the Team Stryker Database  and found an excellent wagering situation that is worth noting.  Here it is:  Since 1980, PLAY AGAINST any college football home underdog or favorite of -19 or less in their second game of the year provided they opened against a conference foe and their opponent is competing in their second game.39 Year ATS Record = 64-37 ATS for 63.3 percentIt makes perfect sense.  Off an emotional battle against a conference foe in their season opener, our host struggles to match that intensity in their second game of the year.  There are a couple of parameters that can be added to this technical situation that really make it pop.  If our “play against” home team is NOT going into revenge and is facing a foe that is NOT off a blowout win of seven points or more, this system drops to a shocking 9-30 ATS.  Good luck, as always,Tom Stryker