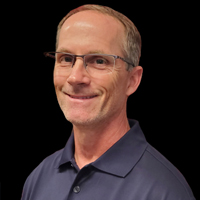 ASA, Inc.’s Lee Kostroski and Mike Merlet have a combined 50+ years in the handicapping profession, and are known for their “Big Game” prowess.
Active since:  1987
Location:  Madison, WI
The owners of American Sports Analysts (ASA), Lee Kostroski & Mike Merlet, have a combined 50+ years in the sports betting industry.  Both started with Doc’s Enterprises — Lee in the late 80’s and Mike in the early 90’s.  After learning the handicapping trade from one of the oldest firms in the business, they started ASA, Inc. in 1997 and have been going strong ever since.  They have especially been known throughout the industry for their success on BIG GAMES, and their Top Football plays have profited 16 of 23 seasons.  ASA is located in Madison, WI and a foundation of their handicapping prowess revolves around the heart of the country – especially the Big Ten.
ASA has appeared on numerous radio shows throughout the country as special expert football guests including Tampa, New Orleans, Madison, Milwaukee, Memphis, Las Vegas, and Denver just to name a few.  They were also featured on the ESPN website with gaming writer Chad Millman during the 2011 season.
ASA’s handicapping methods have evolved over the years, with hard work and research being the anchor of their success.  Rather than implementing one specific strategy as many handicappers do, they intertwine many different philosophies when it comes to making football, basketball, hockey, and baseball selections.  They utilize their massive database that goes back over 30 years, which gives them in-depth information on any situation you can think of when it comes to handicapping.  That’s not where they stop, however.  They also research stats and film each week to evaluate the upcoming match ups on the field along with speaking with their personal contacts throughout the country (especially in the Midwest).  On top of that, they analyze each point spread (and their movements), comparing them with their own power ratings to find an edge.  Lastly, their predictive analytics or math models forecast the outcomes of games based solely on numbers and statistics that aren’t swayed by the human element.  So, as you can see, just because a game may fall into a successful system or the scheduling looks good to go against or with a certain team, that doesn’t mean that ASA automatically uses it as a selection.  It must go through their in-depth process with all things considered before they give it the ASA stamp of approval.  Looking at games from all these angles gives ASA the best of all worlds when it comes to handicapping.  Their handicapping theories have proven successful over the years which has them as one of the more tenured experts in the industry.
Lee & Mike at ASA have stood the test of time in an industry that makes it very tough to do so.  Their 50+ years of experience will give you the winning edge you need.  Sports wagering is an investment and it’s time you invest in the known commodity of ASA!

For years the NFC East was considered a well-rounded division with the Eagles and Giants both winning Super Bowls in recent memory. The Cowboys always have high expectations but cannot get over the hump in the playoffs when the pressure is on. Even the Washington Football Team has been a contender multiple times in past years. Unfortunately, that has all changed and now the NFC East is the worst division in the NFL and might make a push to finish as the worst division in the history of football.  Current NFC East Odds by Bovada:Cowboys          -120Eagles              +135Washington     +1000Giants              +2500The Cowboys did just squeeze by the Giants on Sunday afternoon but lost a major piece in Dak Prescott to a gruesome ankle injury. It was comparable to Gordon Hayward's ankle injury, so he will surely miss the remainder of the year. That leaves Andy Dalton to step into an offense with arguably the best weapons in football. Dallas does sit at the top of the NFC East at 2-3 yet the overall division has a horrid record of 4-15-1.The good news is that there are still 10 total division games to be played within the NFC East. That leaves 10 wins up for grabs that must stay within the division. Theoretically the worst the NFC East could finish would be 14-49-1. That would by far be the worst division record in modern NFL history. In 2014 the NFC South went 22-41-1 and the Panthers snuck into the playoffs with a record of 7-8-1. Last year the NFC East finished a total 24-40 and the Eagles were gifted a playoff spot in week 17 with a 9-7 record. Inevitably, the NFC East will pick up a few wins along the way outside of the division but all 4 teams are in serious personnel trouble moving forward. Dwayne Haskins was just benched in Washington, throwing Alex Smith into the fire fresh off his return. The Cowboys, Eagles, and Giants have all lost key contributors on offense. The good news for the Giants is that they have the best scoring defense in the division, currently ranked 19th in the NFL. That tells you all you need to know about how the NFC East plays defense.

There is no question the Aaron Rodgers and Matt LaFleur relationship has taken a step in the right direction this season. The Packers have scored the most points in the NFL so far over the first four games and Rodgers seems to be back to his old self. Even without Davante Adams for 7 quarters this season Rodgers has had no trouble finding open targets. LaFleur’s offensive scheme has been able to get players like Allen Lazard and Robert Tonyan open this season, when it struggled to do so at times last year. Rock-solid offensive line play has also provided time for Rodgers to stretch the field and showcase his usual arm strength and pinpoint accuracy.   Through 4 games, Rodgers is on pace for 4,856 yards and 52 Touchdowns with an astounding 0 interceptions. Current BetOnline Odds for MVP: Russell Wilson +125 Aaron Rodgers +375 Patrick Mahomes +650 Josh Allen +900 Lamar Jackson +1200   If Rodgers puts up numbers like that it is hard to see him not walking away with the MVP. That is of course unless Russell Wilson keeps his current pace that would put him at 5,140 yards and 64 with 8 interceptions. Those numbers do seem unfathomable and would smash the current record of 55 touchdowns in a single season. Unfortunately, 64 touchdowns is not achievable no matter how you spin it. Moving forward, Russell Wilson’s current numbers will be very hard to sustain. He has an insane touchdown rate of 11.7% this season. Never in his 8 year career has he ever had a TD rate over 8.2%. During that year in 2018 Russ threw for a career high 35 touchdowns. Those 64 touchdowns he is in on pace for will begin to drop each week to a more realistic number. Aaron Rodgers has a TD rate of 9.4%. This number is much easier to preserve as it is very similar to his 2011 MVP season. During that season he had a TD rate of 9.0%. Rodgers threw 45 touchdowns and finished with 6 interceptions as the Packers went 14-1 with him under center. Expect the MVP odds to continue to slide more toward Rodgers in the coming weeks. With a healthy Davante Adams back after the week 4 bye, Aaron Rodgers looks poised to make another run at the MVP and carry the Packers to a high seed in the NFC. A repeat of last season’s Divisional Round matchup between Rodgers and Russ would be an absolute treat in early 2021.  With the Packers sitting at 4-0 and set to be favored in all but one game moving forward, Rodgers will be a prime candidate for the MVP award barring injury.  Even though we’ve lost some value, getting nearly 4/1 odds at BetOnline is worth a look.

Chicago Cubs +2200 (odds found at MyBookie)We think we’re getting tremendous value with the Cubs at 22/1 to win the World Series.  After making it to the post-season 4 straight years, Chicago dropped to 3rd in the N.L. Central with an 84-78 record last year and we expect a bounce back in 2020.  They were right in the thick of the playoff race late last season but finished with only 2 wins in their last 12 games.  Poor time for a cold streak to say the least.  Their numbers last season tell us they were better than an 84 win team.  The Chicago offense was 8th in Majors in OPS and 6th in home runs.  They also averaged just over 5 RPG which put them in the top 10.  Their pitching numbers were very solid as well ranking 7th in MLB in ERA, 10th in FIP, and 8th in runs allowed.  They struggled in close games which really played a huge part in their sub par record.  The Cubs were just 43-54 in games decided by 3 runs or less and only 19-27 in one run games.  We like them to improve drastically on those numbers this season.  The Cubs had a +0.6 RPG differential which was the 8th best in all of baseball.  To put that number in perspective, Atlanta, St Louis, and Cleveland had the exact same RPG differential as the Cubs (+0.6 per game) yet won 97, 91, and 93 games respectively compared to 84 for Chicago.  The only teams that finished with a better RPG differential in 2019 were Washington, LA Dodgers, NY Yankees, Oakland, Tampa Bay, Houston, and Minnesota.  All 10 of the teams mentioned above won more than 90 games and made the playoffs.  Chicago did neither.  We have no doubt the Cubs were better than their record last season.Chicago’s line up basically returns intact with the exception of INF Addison Russell, who missed 40 games last season due to a suspension.  That could be addition by subtraction as Russell had a poor season hitting just .237 with an on base percentage of just .308.  The Cubs cut him in December and he is now playing in the Korean Baseball League.  The top of their line up with Bryant, Baez, Rizzo, Schwarber, Heyward, and Contreras is one of the best in the Majors.  Their starting rotation should be one of the best in the National League with Darvish, Hendricks, Quintana, and Lester.  We think the loss of Cole Hamels in free agency sounds bigger than it really is because of his name.  Hamels was just 7-7 last season and has a losing record over his last 3 seasons (25 wins and 31 losses).  As we stated earlier we think the value with Chicago is solid here.  Last season they were 10/1 to win the World Series entering the year and now we’re getting them north of 20/1.  We’ll take the Chicago Cubs at +2200 to win it all this year.