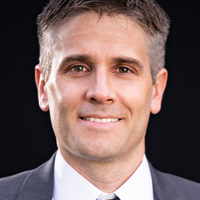 Nelly’s Sportsline has been at the forefront of the handicapping world since the 1990 football season, Joe Nelson has been the lead handicapper since 2003.


Widely known for the Nelly’s Sportsline Green Sheet weekly newsletter in the football season, Nelly’s Sportsline has provided consistent returns for scores of clients nationwide for more than three decades. In the lead role for nearly two decades, Joe Nelson has earned significant acclaim for contest wins, top rankings on national leaderboards, impressive win percentages, as well as being recognized for providing outstanding content and analysis showcasing an intimate understanding of the workings and cycles of the three major American sports and the active wagering marketplace.


2020-21 Football: In the atypical 2020-21 football season Nelly’s Sportsline delivered an impressive showing in both college and NFL football, posting an incredible closing run through the bowls and NFL Playoffs. Nelly’s finished at exactly 60.0% in the 2020-21 NFL season including a 10-1 run through the playoffs and the Super Bowl, backing Tampa Bay and turning in a perfect card on a handful of Super Bowl props. Nelly’s finished the 2020-21 college football season with a winning selection on Alabama in the championship game to complete the college season with a 62.5% winning percentage, closing the season on an epic 75.0% run from November 7 on, including a 77.8% winning percentage in bowl releases.


2020 Baseball: Nelly’s turned in a profitable MLB season for the fifth time in the previous six years in the abbreviated 2020 baseball season. Totals were a standout with a 61.1% winning percentage on MLB over/under selections in the 2020 regular season.


2018-19 Football: Nelly’s had winning records and slightly profitable results in both the NFL and NCAA seasons.


2018-19 Basketball: Nelly’s finished at 57.7% in the 2018-19 college basketball season including a 62.5% winning percentage in the 2019 NCAA Tournament capped off by selecting Virginia for the championship. Nelly’s had a historically great NBA regular season finishing at 66.1% in 2018-19 including an 84.2% run in December 2018 that included an 11-game winning streak while also posting a 14-game winning streak late in the season.


2018 Baseball: Nelly’s grinded out a profitable MLB regular season at 52.7% with the vast majority of those selections being underdogs or totals. Nelly’s had a 62.2% winning percentage in the 2018 MLB postseason including hitting 77.8% in postseason totals.


2017 Baseball: Nelly’s turned in a third straight profitable MLB season in 2017 including a 66.7% mark in the World Series. In that season Nelly’s posted two separate eight-game winning streaks with solely underdog selections.


2016-17 Basketball: Nelly’s turned in a phenomenal March Madness run hitting 65.0% in NCAA Tournament selections and a 62.2% winning percentage from March 1 through backing North Carolina in early April for the championship. Nelly’s also turned in a 60.0% record in the NBA Playoffs in 2017.


2015 Baseball: A 63.6% month of April with almost exclusively underdogs buoyed a profitable MLB season in 2015, a season finished off by backing the Royals as an underdog in each of their four World Series wins.

Nelly’s has had great Saturday success in college football this season with a 32-23 record the past 11 Saturdays comb...

The NBA season will officially start on Tuesday night and for the first time in two years the league will have an 82-game schedule as traditional win total assessments are back in order. Here are a handful of win total selections worthy of consideration ahead of the 2021-22 NBA season.  Toronto Raptors OVER 35.5 Toronto failed to make the playoffs last season going just 27-45 but the Raptors had a -0.4 average scoring differential, a figure that was better than three teams that did reach the play-in games. After going 53-19 in 2019-20 with one of the best home courts edges in the league, Toronto was only 16-20 at home last season but remember all those games were played in Florida, not in Toronto. The Raptors have clearance to play north of the border this season and stricter protocols and penalties in Canada could lead to some opponents being shorthanded when visiting.  While Kyle Lowry being traded this summer signals a rebuild, Nick Nurse is still regarded as one of the best coaches in the league in terms of adjustments and personnel management and the roster looks strong enough to compete in an Eastern Conference that has a few great teams but looks wide open after that. Pascal Siakam will miss several weeks to start the season, but Toronto played through multiple different rosters last season. OG Anunoby had a breakthrough season while midseason acquisition Gary Trent proved to be a nice fit. Malachi Flynn had a nice rookie season while Goran Dragic adds stability to an excellent backcourt alongside Fred VanVleet as this looks like a .500 caliber team that can climb back into the playoff race.  Chicago Bulls OVER 42.5 Not unlike Toronto, Chicago had a 31-41 record last season despite a -0.9 average scoring differential as this was a competitive team that likely deserved a slightly stronger record. The opportunity to move up in the Eastern Conference is there with Washington and Charlotte much worse scoring teams than the Bulls last season while the Knicks, Hawks, and Heat have metrics that suggest a regression is ahead this season after being solid playoff teams in the top six last year.  Not too much stock should be put on the NBA preseason, but the Bulls have been one of the more impressive teams this October. The pairing of Lonzo Ball and Zach LaVine in the backcourt has a lot of potential while having Nikola Vucevic for the entire season should pay dividends. Patrick Williams had a solid rookie season and acquiring DeMar DeRozan does add some experience to this team even if his impact may be overstated. The Bulls were a winning team from mid-April to the end of the season last year despite falling short of the play-in field. Billy Donovan’s only losing season as an NBA head coach was last year as his track record does deserve some respect as well.  Portland Trailblazers UNDER 44.5 The Western Conference is stacked with quality teams and the expectations from most expect that the Warriors and Lakers are going to jump back to being top tier contenders this season. Those wins will have to be taken from someone else in the West as a few of the teams that were in the middle of the playoff pack last season seem likely to tumble in the standings in 2021-22. Portland is a prime candidate for a slide after going 42-30 last season but with just a +1.8 average scoring differential. Portland was only 32-28 before a 10-2 run to close the regular season last year, passing up the Lakers for the #6 spot in the West and this team does not project to be much better than a .500 squad over 82 games.  Portland had a minimal home court edge last season at just 20-16 and this is a team with a first-time head coach in Chauncey Billups after Terry Stotts was let go despite eight straight playoff appearances and a trip to the conference finals in the last full season. It isn’t clear what Billups will offer in that role but the preseason returns for Portland have been poor so far. To what extent the rumblings about Damian Lillard seeking a trade in the offseason are true remain unknown but this does seem like a situation with more volatility than most. The Blazers are opening the season with a lengthy injury report right now and eight of the first 14 will be road games as a slow start in the transition seems likely.  Dallas Mavericks UNDER 48.5 With a matching 42-30 record to Portland last season and an average scoring differential of just +2.2 Dallas was a clear step below the top four in the Western Conference last season. Add improvement to the Lakers and Warriors this season and Dallas could lose some ground after being the only top six playoff team in the West last season that didn’t have a winning record in the Western Conference. Luka Doncic is a serious MVP threat that will post big numbers, but the roster does not look much different than last season with Reggie Bullock and Frank Ntilikina the only notable additions.  Josh Richardson and JJ Redick are notable departures from last season and Richardson was the team’s fifth leading scorer last season. While Dallas has plenty of quality outside shooters on the roster, the team looks thin up front and Kristaps Porzingas and Maxi Kleber both battled injuries much of last season. Dwight Powell is moving into a starting role despite mostly being a reserve in his career. A bigger issue may be the coaching change with Rick Carlisle owning a tremendous track record as the head coach of the Mavericks. Jason Kidd is a below .500 NBA coach in 373 games with two teams and his personal baggage will add extra pressure to question the hire if things don’t start smoothly.

The Best of the 0-3 NCAA Teams