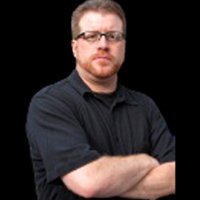 Frank Sawyer’s Hollywood Sports offers unmatched handicapping analysis over a diverse array of sports for his A-List clients.
Active since: 1997
Location: Las Vegas, NV
Frank Sawyer founded Hollywood Sports in 1997 at the urging of his celebrity clients, who recognized (and were greatly benefiting from) Frank’s unique handicapping skill set.  Over the last 23 years, Frank’s had such spectacular success — with both his picks and his ever-expanding network of clients — that he relocated his business to Las Vegas, Nevada.
Certainly, Frank has the deep knowledge to find the edge in the numbers, but perhaps his greatest edge results from his drive to outwork his competition.  And Frank’s hard work and research is instantly illustrated by the extensive reports that detail his decisions.  He does this for two reasons: (1) clients deserve to see the work that goes into a conclusion and (2) Frank’s attention to detail within these reports validates to his clients that he continues to work tirelessly to unearth winning angles.
Also at the core of Frank’s success is a proven methodology.  His model starts by investing a significant amount of time analyzing each team in the sports he handicaps to serve as a foundation for that season.  Frank then combines his team assessments with empirical situational handicapping angles, along with the latest in cutting edge analytics, to identify value in the betting line.
Frank believes long-term success not only involves a continuous deep-dive into sports that he covers, but also an expansion into new events that can provide additional tools to use in his handicapping toolbox — with the ultimate goal of rewarding his clients for their loyalty over the years.  With that ambition in mind, Frank has expanded his areas of interest and scrutiny to include the English Premier League, the PGA Tour, the WNBA, and UFC/Boxing in recent years, to go along with the major four sports of football, basketball, baseball, and hockey (along with the Canadian Football League, Horse Racing, and World Cup Soccer) that he has specialized in since he began Hollywood Sports in 1997.
Frank uses a 10*, 20*, and 25* rating system that also serves a guide for money management: 10* plays warrant a standard bet; 20* plays should see a doubling of that standard bet; while 25* plays are Frank’s highest-rated selections with the recommendation to invest 2.5 times the standard bet.  Frank’s signature play is his “A-List” release, which is reserved for rare and elite betting opportunities.  For Frank’s futures reports, or for events with odds such as PGA events or horse races, Frank usually offers three recommendations in his betting report: his Best Bet for the event; his Top Overlay Bet which represents his best value play relative to the odds for the event; and his Long Shot Bet for a big underdog which offers value with its potential big payout.