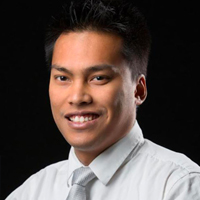 Art Aronson has dominated virtually every North American sport since bursting upon the scene in 2012.
Active since:  2012
Location:  Saanichton, BC, Canada
Since founding AAA Sports in the Summer of 2012, Art Aronson has finished with numerous No. 1, Top 5 and Top 10 placements in almost all of the major North American sports.  Last season was one of Art’s very best.  He finished up over $10,000 in the NFL, and also continued his NBA domination, as his 2-year run in Pro Hoops has garnered a profit of $28,576.  But Art’s success is nothing new.  In 2012, AAA finished among the nation’s leaders in the NFL.  The stars would also align for AAA in 2013-14 as it would finish among the most decorated handicapping services in the industry that year.  Art earned three Top 5 placements in three different sports in the same wagering season, including two No. 1’s (NCAAF and NBA) and finished No. 2 in the NHL.  The 2016 NFL playoffs saw AAA go 11-3 (79%), while more recent achievements include going 20-6 (77%) in the 2019 NCAA Tournament and then delivering an additional $11,236 profit in the 2019-20 season.
Clients can expect A LOT of plays on a daily/weekly/monthly basis from AAA.  Art plays almost every single "weeknight" Football game (both the NFL and College), as well as 5 to 7-game football cards on Saturday and Sunday.  Clients can also expect large NBA, NHL and College Basketball cards each and every day possible.  MLB cards are released very early so that one always has time to shop around for the best lines.  AAA didn't put together its amazing life-time records by playing passively!
AAA does not subscribe to any single handicapping methodology.  Instead Art believes that being flexible is the best way to secure profits over the long term.  Sometimes, Art keeps it simple, while other times he’ll take into account numerous different factors, like motivation, scheduling and significant injuries.  Art especially likes to take advantage of classic "spot bets" (i.e., the "look-ahead" spot, the "letdown" spot and the "trap" game).
All of that being said, AAA primarily considers itself a “stat based” handicapping service.  One set of criteria which Art always uses when making his decisions are Against The Spread (ATS) statistics.
AAA's biggest plays receive its 10* ranking.  Nearly all of its point spread plays fall in the 8* to 10* range, as AAA has confidence in all of its selections and doesn't believe in significant variances in wager sizes.  Money line selections will sometimes be rated lower than an 8* if it's a big favorite.
Art cordially invites everyone to hop on board as he looks forward to another winning year.

Three Longshots to Win the 2021 NBA Finals Portland Trail Blazers: Listed at +4000 to win the entire thing (via BetAnySports) I believe that the Blazers deliver great value to the 2021 season. Damian Lillard proved last season that he can compete with anyone in the league and showed what it was like to bring a team that wasn't the best, into the last playoff spot. Besides Lillard, they have CJ McCollum, Carmelo Anthony, Jusef Nurkic, Hassan Whiteside and Gary Trent Jr --  who stepped up big time in the bubble for them.  All of them are very capable of winning some playoff games. Don't count them out.New Orleans Pelicans: The Pelicans did not make the playoffs this past season which was a disappointment for NOLA fans. Brandon Ingram has turned into an absolute beast at scoring in the mid-range. With his length and wingspan, it's almost impossible to guard him. Zion Williamson, last year's #1 overall selection from Duke, AND Jrue Holiday a lockdown defender. Don't forget about guys like Lonzo Ball, Derrick Favors, JJ Reddick and more. I also expect Jaxon Hayes to have a bigger role this season. With Stan Van Gundy a top contender for the newest head coach, I expect the Pelicans to have a shot at the title in 2021 at +5500 (BetAnySports). Houston Rockets: Many may not consider the Houston Rockets as a "Longshot," but at +3000 (BetAnySports) they are behind 11 teams to win the whole thing. They may be getting a new coach, but it may be for the best if they can find someone who James Harden and Russell Westbrook both like. That's going to be the key factor on whether or not this team will succeed. If neither like the coach or only one does, I don't see this team going too far. But if both of them appreciate the new coach and work well with him (or her), I believe that this Rockets team is definitely a contender. Harden, Westbrook, House, Covington and Tucker is an excellent starting small ball 5, but look for them to add at least a solid big man for this upcoming season in order to have the ability to make a huge run in the playoffs of 2021.

Why Miami will win the NBA Finals: The Miami Heat just clinched their first NBA Finals since the 2014 season. Back then, they were led by LeBron James. One of the greatest, if not the greatest NBA player to ever live. This year, they will try and take down the man that got them 2 rings. The Heat are filled with talent everywhere. Starting with Jimmy Butler, he's been a scoring machine ever since he got drafted by the Bulls in 2011. Now, he's finally found a team that he could potentially win with. Next, they have Bam Adebayo who just dominated the Celtics in Game 6 with 32pts, 14rebs, and 5 assists. They all say that he's the heart and soul of this young team with how hard he works on both sides of the ball. Then, they have two 3pt Specialists in Tyler Herro and Duncan Robinson. Both players can knock down shots from anywhere. With guys like Goran Dragic, Andre Iguodala, Derrick Jones Jr and Jae Crowder, I think they have a shot. Why LA will win the NBA Finals: Well, the Lakers are the big favorite coming into this NBA Finals, and I think I know why. They have LeBron James (3x Champ, 15x All Star, 4x MVP,) + Anthony "The Brow" Davis who went absolutely crazy against the Nuggets. Them combined, will be extremely hard to stop. LeBron comes into his 10th NBA Finals appearance with a 3-6 record. Although he's lost 6 of them, let's not forget that most of those were against the SuperTeam Warriors. He led the Cavs to a Championship that no one thought could happen, as they beat the best team in NBA History, according to their record. The Warriors were 73-9 that season. Incredible. He also led the Heat to two titles. Now, he will face his old Coach, Erik Spoelstra, as he looks for his 4th Ring. But this time, he's hungry, he's off a ridiculous season, he's got lots of players behind him, and he wants to prove to everyone that he is the best of all time. It's going to be a good one. What I believe: Don't get me wrong, both teams are very talented. That's why they are in the Finals, but I believe that the Heat will outwork the Lakers and take the Larry O'Brien trophy back to Miami once again. A lot of people don't think so, but this Heat team is the real deal. When the 2-3 Zone that they run with the two forwards up top, I believe that it will confuse the Lakers into some bad shots. Especially if the Heat get their shooting back from Jae Crowder, they are going to be really hard to stop, even with LeBron on the other side.

Signing QB Cam Newton hasn’t really impacted the Patriots betting odds for the 2020 NFL Season … yet.  The Pats remain pegged for 9.0 wins at BookMaker, although that’s a heavily juiced number and other sportsbooks have moved to 9.5. Their odds of making the playoffs are -230 at Bovada, which isn’t much different from where they were at (across the board) before signing Newton.New England has enjoyed a historic run of dominance in the AFC East. Tom Brady took over as the starting QB for the franchise in 2001. Since then, the Patriots have won their division all but two seasons. One of those two seasons was 2008 when Brady basically missed the entire season (team still went 11-5 SU). The other was 2002, his first full year as the starter. That’s 17 division championships in 19 seasons, if you’re keeping score at home.The last time that the Patriots won fewer than nine games in a season was the year 2000, Bill Belichick’s first on the job. They almost certainly will experience a drop in wins from last year (when they won 12 games). But are oddsmakers too pessimistic towards the 2020 Patriots?New England’s only competition (in the AFC East) this season figures to be the Buffalo Bills. Ironically, the Bills have not won the division (or a playoff game) since 1995 -- when Cam Newton was just six years old. The Bills have made the playoffs in two of the last three seasons and improved their roster this offseason. BookMaker has them projected for 9.0 wins this year as well and they are “favored” to make the playoffs at Bovada. It’s not that the Bills are without question marks entering 2020. Quarterback is probably the biggest one as Josh Allen isn’t an accurate passer. The Bills seem to have a better overall roster (right now) compared to the Patriots, but I hardly love them to go Over the win projection of 9.0 either.For the record, don’t expect much from either the New York Jets or Miami Dolphins in 2020. I expect both of those teams to finish with 10 or more losses. If you’re a firm believer in Belichick and like the Newton signing, then by all means bet the Patriots to go Over the season win total. It’s a two-horse race in the AFC East this season.