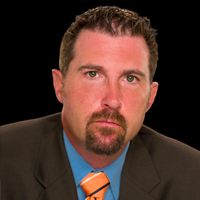 Matt Fargo is one of the most respected and consistent handicappers since 2000, and his thorough analysis has earned him a devoted following.
Active since:  2000


Matt broke into the professional handicapping scene back in 2000 but he was far from raw as sports betting had been in his life for many years prior.  He made a name for himself with numerous top five finishes at a prominent independent national sports monitor in his first three years, and winning handicapping titles has been a mainstay with Matt ever since.  Consider 2018.  In that year, Matt finished #3 in All Sports combined at Sports Watch Monitor!  And Matt ranked among the Top 3 in the NHL in two of the last three hockey seasons.  Consistent winning is the name of the game and that is what Matt provides.  He has become one of the most recognized and respected handicappers around and that is by no accident.  His top notch analysis backs up every play so he doesn't just give you winners, he tells you exactly why.


While specific systems are not used on a daily basis, Matt is considered a situational handicapper above anything else.  Analyzing each and every game, no matter how big or how small the card may be, is essential to be able to pull out the best situational plays.  He is a contrarian at heart which is one of the best ways to beat the books on a steady basis.


A play’s rating will be displayed in each title and ranges anywhere from 7* to 10* for Premium Plays, and 1* for Free Plays.  10* status is considered your top bet amount. 9* are 90% of your top bet and so on.


Enforcer — this is the “Signature Play” for Matt.  It is always backed with a 10* Rating and is typically one of his strongest plays of the day.


Supreme Annihilator — this is typically a favorite (or pick ‘em) which Matt feels has the opportunity to destroy the line.


Ultimate Underdog — this is an underdog which is being faded for the wrong reasons and usually has a chance to win a game outright.


Star Attraction — this is a game on national television to provide a great watch-and-win opportunity.


Quote:  "This is not an easy business and anyone who tells you different clearly does not put in the time or hard work that I do.  In order to be successful, it takes patience, dedication and an overall willingness to be the best.  We all go through good and bad runs but it is consistency that counts when it comes to handicapping."

The fourth event since the PGA Tour restart takes place this week with the Rocket Mortgage Challenge taking place from Detroit Golf Club. This is the second year DGC has hosted this event so course history is meaningless when looking for a winner. Defending champion Nate Lashley won at -25, six shots clear of Doc Redmond, so there was not a lot of Sunday drama which has not been the case so far this season since the shutdown.Detroit Golf Club is a par 72 course that measures in at 7,334 yards and the players tore it up last year. Part of the reason was that a lot of rain hit the area leading up to the event so greens were soft and receptive and players were able to take dead aim at flags. That should not be the case this year with conditions being dryer so there will be more of a risk reward factor. Additionally, the rough will be longer and with no patrons to trample down the grass, keeping the ball in the fairway is a priority. The past three events have seen a star-studded field but that is not the case this week as only 10 of the top 20 players ranked in the FedEx Cup standings are projected to participate with a pair of events at Muirfield on deck. All players ranked in the top ten in the OWGR were in the field the last two weeks but only three are teeing it up this week, Webb Simpson, Patrick Reed and Bryson DeChambeau. Similar to last year’s edition, it should be a wide open event.Key performance stats for this week include Strokes Gained: Approach and Par 4 Scoring. Over the first three weeks, Doc Redmond leads the field in SG: Approach followed by Harold Varner III, Lucas Glover, Viktor Hovland and Tyrell Hatton. As for SG: Par 4, the top five are Hatton, DeChambeau, Bubba Watson, Patrick Rodgers and Kevin Na. This is the first event with four par fives and leading the way Eagles gained is Hovland, followed by Alex Noren, Cameron Davis, Redmond and Maverick McNealy. At Bovada Sportsbook, DeChambeau is the odds on favorite at +650 as he has posted finishes of T3, T8 and T6 over the last three weeks to go along with three other tops fives prior to the shutdown. Simpson is next at +1100 following a win at the RBC Heritage two weeks ago. Hatton is +1200 as he has a pair of victories and a four top six finishes in his past five starts. Reed comes in at +1400 but he has been pretty uneven with T7, MC and T24 the last three weeks. Closing the top five is Hideki Matsuyama at +1800 who missed the cut last week.Other notables include Tony Finau +2500, Rickie Fowler +2800, Brandt Snedeker +4000 and Jason Day +5000.