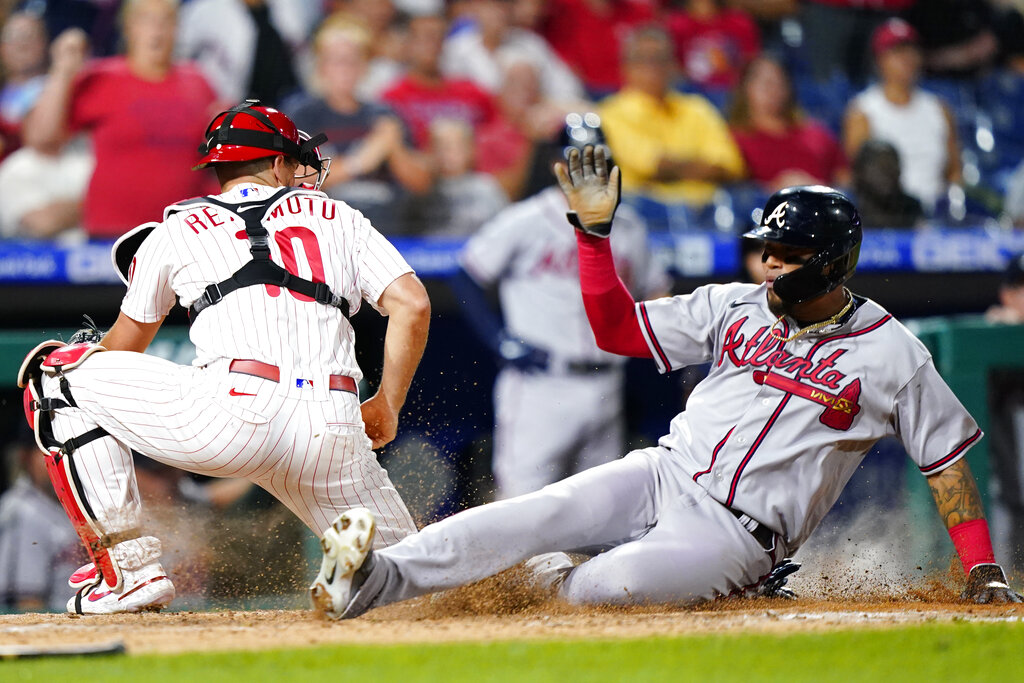 48-time handicapping champ Al McMordie welcomes you to Big Al's Sports Picks, your home for winning sports predictions. Get expert sports picks every day from 23 of the world's best handicappers.

Our mission is to make you a smarter (and better) gambler.

Each pick comes with detailed analysis from champion handicappers.

We publish our results, and our records are 100% accurate.

Shop Subscriptions
I have been a client of Big Al's since 1996, and love his sharp analysis. Big Al was BIG DATA before anyone ever heard of BIG DATA!! His data-driven takes are *crucial* for avoiding the emotional traps and recency bias that bury most bettors.

I have relied on Al McMordie’s insight and acumen for years — He’s experienced, he’s honest, and he has a completely proprietary approach to handicapping that I guarantee will add a fresh advantage to your action.

I joined Big Al in the late 1990s, and he's the most successful handicapper I've ever used. 2019 was an unbelievable year. We won our NCAA Basketball futures wager on Virginia, then hit the Nationals to win the World Series (I had both tickets at 22-1), and capped off 2019 with our 8th straight winning NFL season. Cheers!

I'm a numbers guy, so what I love about Al is that he doesn't pick games based on his gut instinct. When Al gives me a play, it's based on numbers and his database, which ESPN called the "most valuable sports handicapping database" in the world. Al's the best, and I'm a client for life.

Big Al's completely turned me around as a bettor. I used to bet five minutes before game time, and at just one book. Now, I shop for lines and get most of my football action in on Tuesdays and my basketball action in at 6 am. I get much better numbers and I win a helluva lot more. Thanks Al!

I've been with Big Al since 1992, and I've also used other handicappers. I have found Big Al to be the most diligent, hard-working and sophisticated handicapper. More importantly, he provides the best results.

If Big Al makes a Futures recommendation - you MUST take note!! In the past couple of years, I cashed in on the Astros (2017) & Nationals (2019) in the World Series along with Virginia (2019) in the NCAAB Championship! All three were released before the season and CASHED at Juicy Double-Digit Odds!

Big Al's approach is both analytical and contrarian, which I love. But he also has the experience and the historical perspective that's only gained from doing this for decades. I like to bet large amounts of money on games, so I need to trust the information. And there's no one I trust more than Al.

I first came across Big Al in an ESPN article. I joined him for the next NFL season and he actually had a losing year. But I could tell from his analysis that he knew what he was doing, so I signed up the next season, and he hit it out of the park. I've been with him nine years now, and all he's done is won the last eight NFL seasons in a row!

My first year with Big Al was in 2000, when I thought I would have a go at betting on American football. He went 10-0 in the NFL Playoffs! I couldn't believe it. I figured he had inside info, but it's really just superior skill. I live in Australia, and love Al's early release schedule. The games are out by 5 am (7 pm Australia time), so I can get the bets in! Big Al's picks are great, and his service is equally great.

So last week we tackled the National League, using run differential as our guide for how the rest of the Major League Baseball season may go. This week, it’s time for a look at the American League.Unlike the Senior Circuit, where run differential shows a pretty clear dividing line between the top nine and bottom six, there’s a bit of a “grey area” in the AL. But we can start at the bottom and rule four teams out as possible playoff participants: Oakland, Detroit, Kansas City and Baltimore.Now given that run differential is once again the basis of this article, it may seem unfair to be ruling the Orioles (-18) out. But the AL East remains loaded and it would be a shock to just about everyone if the O’s didn’t finish last.The A’s (-112), Royals (-99) and Tigers (-97) are absolutely non-contenders by just about any measure, certainly run differential among them. The A’s and Tigers are also the two worst offensive teams in all of baseball heading into July, by a lot. The A’s and Royals have been the two worst teams to bet on this season as well.The team with the fourth worst run differential in the American League is the White Sox, which is a real surprise. The White Sox were expected to win the AL Central this year. Run differential (-52) says that’s unlikely to happen. The White Sox currently have a record of 34-38, but based on that run differential, they “should” have a record of 30-42. Only one team in baseball has exceeded its “Pythagorean Win Expectation” by a greater margin - the division rival Tigers.I suppose it’s okay to remain somewhat bullish on the White Sox relative to their run differential, but the opposite is true with Seattle (-8). The Mariners were near the top of my regression list heading into 2022 as last year they won 90 games despite a -51 run differential. Even if the M’s run differential continues to suggest they’ll remain competitive, I do not think they’ll make the playoffs. Truthfully, I don’t think there will be a second AL West team to make the playoffs. The Rangers (35-37) and Angels (36-40) are both underperforming relative to their respective run differentials, +9 and +8, but it’s hard for me to see either winning more than 85 games this year.So that leaves us with seven teams fighting for the six playoff spots. The Yankees and Astros would appear to be the two teams most likely to gain first round byes. The Yankees have been on a record-setting pace in the first half of the season and are my #1 ranked team in the power ratings. No surprise there. Entering Wednesday, the Pinstripes have outscored their opponents by 149 runs. The Dodgers (+128) are the only other team with a run differential north of +70.Houston has the AL’s second best run differential at +62. Based on that number, I think it’s smooth sailing to another division pennant.Right now, I’m thinking all three Wild Cards may go to the AL East. Behind the Yankees, you’ve got the Red Sox, Blue Jays and Rays and those teams have the third, fifth and sixth best run differentials in the AL right now. Boston had a great June and has the profile of a second-place finisher as of now. But one problem for the Red Sox (+60 run differential) is they have a pretty horrible 7-16 WL record vs. division foes. Toronto (+29) has the most one-run wins (18) in baseball. Tampa Bay (+19) with the second place finisher in the Central for the last Wild CardSpeaking of the Central, you’ve got two teams right now with positive run differentials: Minnesota (+47) and Cleveland (+11). Both have 34 losses on the year, but the Twins have six more wins and that’s a tough gap for the Guardians to make up. Run differential says they won’t do it, but it’s worth noting Cleveland had the better RD of the two teams about a week ago.

Boston College Eagles2021-22 Season Record 6-6 (2-6 ACC Atlantic) - 6-6-0 ATS - 3-9-0 O/UReturning StartersOffense - 6Defense - 8OverviewBoston College has been very consistent over the last decade but it has been consistently mediocre. The Eagles have won six or seven games in eight of the last nine seasons, the other being a 3-9 campaign in 2015, so they have been competitive but have been unable to get over the hump. Boston College went to four straight bowl games, although one was cancelled midgame in 2018 due to weather but it has gone two straight years without going to the postseason. Head coach Jeff Hafley has gone 12-11 in his two seasons and this could be the one he gets the Eagles to the postseason. They have been the epitome of the entire ACC, average, and for that to change, they need to get their running game back to its normal standards after a pair of below than typical seasons and they will rely on a strong defense to be even more relevant in the tough ACC Atlantic Division. OffenseThe offense was bad last season as Boston College was ranked No. 104 in overall and No. 93 in points scored which was disappointing as it returned nine starters and a lot of that was based on the injuries to quarterback Phil Jurkovec who played in only six games. He is back and if his spring performance is any indication, he is ready to turn the offense around. He gets three of the top four receivers back including Zay Flowers who can be special and if Jurkovec can stay healthy, the passing game can flourish. Running back Pat Garwo surpassed 1,000 yards last season and will look to become just the 18th 2,000-yard rusher in school history but it will have to be accomplished with basically a brand new offensive line. The Eagles have to replace four starters, all which went to the NFL, and that is not a good sign based on what has taken place in the running game recently. DefenseThis is where the Eagles will dominate, or at least should, and it will come down to the defensive line to get pressure to the quarterback and improve against the run after finishing No. 92 last season, allowing 170.8 ypg. The Eagles had only 20 sacks last season and to put that into perspective, the top sack team in 2021 had 57, so this aspect has to improve which will give the passing defense even more opportunities to shine. Boston College finished No. 3 in the country in passing defense, allowing just 173.5 ypg and if it can increase the 10 interceptions from a year ago, they can lead the ACC once again. The secondary is loaded, led by safely Jaiden Woodbey, as they have four seniors who have a ton of experience and the linebacking corps provides a strong back seven. Staying healthy is key with a lack of depth as the nine backups are either freshmen or sophomores. 2022 Season OutlookIt is pretty simple what needs to come together for Boston College to surpass seven wins for the first time since 2009. The line of scrimmage has to improve on both sides and they have to avoid injuries and while the latter is unpredictable, that is the case for all teams with little depth. Boston College started 4-0 last season but it was a very easy non-conference schedule where they were favored in all four games and that will not be the case this year. The Eagles open with a home game against Rutgers and then two of the next three games are in the ACC and on the road at Florida St. and Virginia Tech, both of which have the same win totals as the Eagles but the road is never easy. The other two ACC road games are rough and they also have Notre Dame in South Bend but should claim a victory at Connecticut. 6.5 wins is the O/U total and the over will take two road upsets.

Get Free Picks, Big Game alerts, and Winning Info from our champion handicappers.

Ready to Win? It's Game Time!