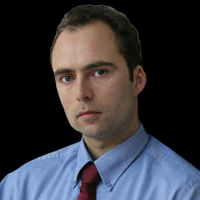 Ben Burns is one of the most successful sports handicappers in North America, and his extended hot streaks have brought him fame and fortune.
Active since:  1998
Location:  Vancouver, BC
Ben Burns has been a major player in the sports handicapping profession since 1998, and is widely regarded as being among the top of the field.  To understand why, consider Malcolm Gladwell’s book, Outliers.  In it, Gladwell asks the question, “What makes high achievers different?”  Gladwell suggests that industry leaders have a number of similarities — that their upbringing (culture, family, what generation they came from, experiences) has much to do with their success.  A look at Ben's upbringing shows that he fits Gladwell's model to a tee.
Exposed to the world of point spreads early and often as a child, Burns reached adulthood as the Internet was beginning to explode, just as the first offshore sportsbooks were springing up.  By that time he'd already spent thousands of hours learning and studying stats.
From an early age it became apparent to family and friends that Ben wasn't a "typical" fan.  At age 11, he was mentioned in a major newspaper (Toronto Star) for correctly predicting a high profile trade before the Major League Baseball trading deadline.  (Winner of the contest got tickets to the All Star game.)
Ben's father and uncles were always involved in a weekly NFL (ATS) pool.  Some of Ben's earliest memories included that pool and his fascination with it.  As soon as he was allowed to play, Ben demonstrated an uncanny ability to surprise the adults.  Around this time, one of his uncles moved his casino business to the Caribbean.  This was the environment from which he came from.
The caption underneath Ben's high-school graduation photo references Ben's love for betting on football.  That's because he was famous throughout his school for annually winning the local football contest, along with the $1700 per year which was awarded to the champ.
Coming of age right as the first sports books were coming online, Ben was fortunate to enjoy some success with his some of his early online sports betting endeavors.  He did so well that the first shop he ever played at ended up refusing to take his hockey bets.

Also, in the very early days of the Internet, Ben won an NBA playoff contest.  The victory awarded him a trip for two to Las Vegas, $1000 cash, a limo at his disposal, free shows, hotel and live sports odds for a year.  Not a bad score for a kid in his early 20s.  However, the bigger win was that Ben was exposed to the world of "professional sports handicapping."  Inspired by his personal success and encouraged by his peers, Ben first made his picks available to the public in 1998, and has never looked back.  In addition to enjoying unparalleld success as a sports handicapper, Ben is a star in the Daily Fantasy Sports arena.  Ben was featured as the “High Roller” in the 2015 documentary film, Living the Fantasy.  And he has won 6-figure fantasy contest prizes in each of Football and Baseball.

"Chicks dig the long ball." Remember that Nike commercial? It was on the air back in 1999, so perhaps not. It featured Glavine and Maddux, a couple of Cy Young pitchers, trying to learn to hit like Mark McGwire, in order to get noticed by women. Google it.While that commercial aired more than 20 years ago, home runs remain the current rage. That's because teams which hit more "long balls" than their opponent have won nearly every game this postseason. While hitting home runs is clearly very important, it doesn't mean that teams can forget about the little things. Like playing defense. That was evident when watching Game 2 of the ALCS. I had liked what I'd seen defensively, from the Rays, in Game 1. In Game 2, the Rays took their defense to another level. Margot's highlight reel catch was only one of many high quality defensive plays. On the other side, Altuve's mindless throwing error extended Tampa's first inning. (Gurriel was originally given the error but they changed it and gave it to Altuve, who would go on to commit another.) The Rays made the most of it, their next batter (Margot) making the Astros pay with a 3-run home run.   Remember, home runs may get you noticed. But pitching and defense still win ball games.

We've got a series! I really didn't think that the Heat would go down without a fight. Jimmy Butler made sure that they didn't. All Butler did, in willing his team to victory, was put up the third 40-point-triple-double in NBA Finals history. Butler would finish with 40 points, 11 rebounds and 13 assists. The series now sits at 2-1. Game 4 goes Tuesday. So, what should we expect? Can Jimmy Buckets and the Heat do it again? History hasn't been kind to teams that go down 2-0 in the Finals. However, the Heat have their own history. Think back to 2006. Facing Dallas, as they did against LA, the Heat lost the first two games by double-digits. Then Dwayne Wade came to life. Miami eked out a 2-point win in Game 3. Then, the Heat blew out the Mavericks in Game 4. It was their only lopsided victory of the series. Wade and co. would complete the improbable comeback by winning Game 5 and Game 6 by a combined four points. Can history repeat itself? Are there any similarities between this year's team and that 2006 squad? The big one is that Wade and Butler both went to Marquette. Both the former Golden Eagles are players who refuse to "go down easy." As for history repeating itself, the problem with that is that these Lakers are arguably much better than the 2006 Mavs. Regardless of what happens, with the Heat now "believing that they belong," the series has sure gotten a lot more interesting.

by Ben BurnsThe year of 2020 has reminded us that anything is possible. In the NBA,the fifth seeded Miami Heat took down #1 Milwaukee and are now one win away from advancing to the Finals. In the NHL, the Dallas Stars upset favored Colorado (and Vegas) to advance to the Finals. Should we also expect an unlikely entry in this year's World Series?With the short season and the new playoff format, I'd say it's entirely possible, perhaps even likely, that we'll have an "unexpected" team playing for the title. The Dodgers are favored and for good reason. They're stacked. Anything can happen in a series though and they're certainly not a sure thing to represent the National League. They could face a tough Reds team in the first round. The Padres and Braves are both playing well. Atlanta recently learned that it will get Fried back for the playoffs. The Cubs can't be counted out, particularly if they draw over-achieving Miami in the first round. The Yankees may be favored in the American League but they won't have an easy road ahead of them. Indeed, the AL is wide open. with any team capable of stepping up. Tampa, Oakland and Minnesota are currently the top three seeds but the White Sox and Indians are also tough. Even Toronto, though young, is capable of getting hot at the right time. At this time, with the brackets not quite finalized, I'm willing to make only one prediction. Like everything else in 2020, the playoffs promise to at least be "interesting." Once the matchups are set, I'll report back with some further thoughts. Until then, enjoy the final few days of the regular season.

In order to have success in the NFL regular season, or playoffs, I've always found it important to "identify teams early." With Mahomes coming off an MVP season, the Chiefs were expected to be good last year. As a result of those expectations, I found them to be a bit overvalued, early in the regular season. In fact, I played against the Chiefs a few times, including successfully when they lost at Tennessee, 35-32, on November 10. From that point forward, however, the Chiefs were a wrecking machine. I was involved in five plays involving KC during the playoffs. In the Super Bowl, I supported the Chiefs for the game. I also won with the 'under' for both the first half and for the game. Despite winning with the Titans during the regular season, I successfully backed the Chiefs in the rematch, when it counted. Prior to that, I won with the 'over' 24 for the first half in the Chiefs/Texans game. I remember watching that game in an airport bar, waiting to catch a plane home from Mexico. (Wow, does that ever seem like a long time ago!) You may remember that one. By halftime, they already had 52 points, as Mahomes erased a 21-0 first quarter deficit, ultimately winning 51-31. The Texans and Chiefs will face each other again, on Opening Night. There are some new faces on the Houston side. While Watkins no longer has Hopkins to rely on, he does have some other weapons. Running back David Johnson and receivers Cooks and Cobb are among the new options. The Chiefs are currently laying -10 points, at most shops, with an O/U line in the mid 50s. Good luck. Stay safe and enjoy the game!Ben Burns was a PERFECT 5-0 in games involving the Chiefs in the playoffs including a DOUBLE-DIGIT WINNER with the total when they faced the Texans. Don't touch the opening night CHIEFS/TEXANS TOTAL until you've checked in with Burns first!

Ringing in 2020 in sunny Puerto Vallarta, I capped off another highly successful NFL playoffs with a 3-0 (side, total, first half) sweep in the Super Bowl. A couple weeks later, I attended my son's soccer tournament in Las Vegas. We took in a UNLV game at Thomas &amp; Mack, knowing the Mountain West Tournament would soon be played there. The world seemed so normal. Everything changed. The pandemic has seen me go through a range of emotions. I assume the same is true for most. When Covid-19 first reared its ugly head, my oldest daughter was working overseas. By the time she decided it was time to come home, flights were getting cancelled, left, right and center. It was scary. Eventually, to everyone's great relief, she returned safely. She had a nasty cough though and was coming from a high-risk part of the globe. That led to her having to quarantine, upon arrival. I admit it. At the onset of the pandemic, I watched way too much news. I probably went a little overboard at the grocery store, too. It seemed the sensible thing to do. That led to many excellent meals and a few extra inches on my waistline. I was also one of those people who got a "pandemic puppy." I know what you're thinking. He's awesome though. After a few weeks, I decided to stop worrying about things that were out of my control. Instead, I vowed to make the most of the down time. I sent masks and continue to try and help those who need it. I also embarked on an in-depth review of all my picks from the past decade. It's something which I'd always wanted to do but never found the time for. I won't delve into the details but I really learned a lot. The reality is that I've been very fortunate. For this, I am extremely grateful. I know that this continues to be a devastating time for so many. My thoughts and prayers are with all those who are suffering. Stay safe everyone. We're all in this together and we'll get through it.