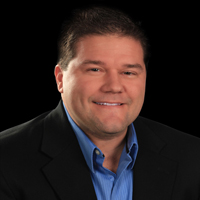 Scott Rickenbach has parlayed his CPA background with a hardcore work ethic to establish himself as one of the most reliable sports handicappers.
Active since:  2003
Location:  Las Vegas, NV
When it comes to handicapping football games, Scott "The Bulldog" Rickenbach ranks among the best on the entire planet.  Rickenbach will enter the 2020 campaign with a documented 8-year record that is 156 games over .500.  That unbiased mark over the past eight seasons translated to a staggering $77,450 net profit for his loyal clientele.  (Anyone who knows anything about beating the point spread understands how exceptional those numbers are!)
Rickenbach ranks among the most consistent and reliable handicappers in the industry on a year in and year out basis.  With his affinity for statistics (truly a "numbers whiz") Scott naturally chose a career in business in 1993 when he earned his 4-year university degree (Bachelor of Business Administration) and, in the same year, passed all 4 parts of the CPA (Certified Public Accountant) exam on the first sitting.
As a CPA, Scott's business acumen led to razor sharp money management skills.  His internationally renowned "sharp line analysis" assures clients get the most "bang for their buck."  Truly a trained "statistician" and "quant on steroids" if you will, the highly analytical Rickenbach ultimately chose his true passion (high level sports analysis) over high finance.
Now a Las Vegas resident whom is 48 and in his prime in the gambling mecca of the world, Scott brings two decades of experience in sports analytics to the table.  He prides himself on the fact that documented records exist for each and every selection he makes.
His multiple decades of documented results in the industry have included a wealth of top five finishes in all of the sports.  This has included many #1 net profit rankings for multiple seasons and multiple sports, including high ranking finishes in NFL, NCAAF, NBA, NCAAB, NHL, CFL and MLB.
The nickname?  A bulldog is a breed known for its courageousness, tenacity and determination.  Scott earned the nickname, “The Bulldog” for his tenacious pursuit of profits and an unrelenting work ethic to be a top handicapper in the sports betting industry.
Football may be his forte, but Rickenbach is also a documented world champion in both pro and college basketball.  He's been known to reel off ridiculous hot streaks on the diamond, where his O/U plays are among the most sought-after in the industry.  Throw in the fact that he also dominates on the ice and you've found yourself a handicapper who can truly do it all.  How rare is that?!
Scott has built a deep client base and loyal following based on his winning records, his consistent profits, and his honest and open approach to handicapping.  Join "The Bulldog" today and not only will you enjoy some of the best winning runs of your life, you'll see Scott’s integrity and professionalism shine through.

With the Covid-19 Pandemic still on the minds of everyone in the summer of 2020, sports bettors and professional handicappers can at least finally take some solace in the fact that North American sports are set to resume in July. Below I am providing a few quick hitters or food for thought on each of the 3 sports that are about to be underway. Of course, we will soon all be turning most of our attention toward football. Indeed, preparation for the upcoming college and NFL seasons is already underway but now is the time to talk about NBA, NHL, and MLB action!In my 3 decades of exposure to sports betting and my 2 decades as a professional sports handicapper, I certainly have never seen anything like this - none of us has! The fact remains the Covid-19 Pandemic will continue to impact the sports world even as we now, finally, play on! It looks like MLB finally has figured things out and is set to resume in the final week of July just prior to NBA and NHL resuming.In terms of MLB, I feel the handicapping world needs to pay special attention to the scheduling for this shortened season. With playing each divisional foe 10 times and then the corresponding division foes (East vs East, Central vs Central, West vs West) being played 5 times I feel this could have a big impact on teams’ success factors. I will use the NL East as an example. Many feel that the Braves, Nationals, Mets and Phillies each have a respectable shot at winning the divisional title. However, the Marlins are nowhere close to being in that discussion. When also factoring in that Miami’s AL East foes will include the Yankees and Rays plus respectable Blue Jays and Red Sox teams, I just do not foresee the Marlins winning many games at all. This is just one example so keep scheduling in mind in a strange 2020!As for the NHL, I feel this could be the least impacted of the sports. These teams will be going quickly into post-season action and I feel the neutral ice venues will not be a big factor. That said, the usual post-season success factors of riding teams with strong team chemistry and grabbing hot goalies as well as watching for big coaching or other match-up edges in the series match-up are all important. Use these factors as “bread and butter” for profits at the betting window throughout the NHL post-season.The NBA, like the NHL, will have the neutral site factor in play. Some believe that teams with a sub-par road performance factor may not perform as well in this situation. However, keep in mind that going away for a true road game at enemy territory is one thing. But, traveling just once to stay at a neutral site location for the length of a post-season is another thing altogether. Take the 76ers as an example. They were so strong at home but so unimpressive on the road this season. However, per my above argument, I feel that does not mean they should be automatically faded. In fact, a bigger factor for the post-season is now the health factor that has been afforded by the time off. Now the Sixers have Ben Simmons back and Joel Embiid healthy again. That is likely to prove to be a bigger factor to consider! The point being that health factors or roster changes since the season was shutdown are worth considering.