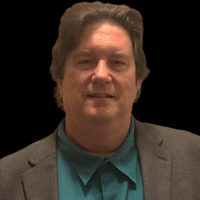 Vegas sharp Bryan Leonard’s power ratings are coveted by oddsmakers worldwide, and his picks are second-to-none.
Active since:  1984
Location:  Las Vegas, NV
Bryan Leonard has been a Professional Handicapper since 1984, and has built his business on honesty and customer satisfaction, two traits not easily found in today's gambling climate.  He has won numerous Number One documented finishes in Basketball, Baseball and Football Handicapping in his 35+ years in the industry.  In the past Bryan has published The Roundball Report basketball newsletter, and The Pigskin Report football newsletter.  Bryan has also been a featured writer for Insider Football magazine and Grantland on ESPN.com.  He’s also been featured in various newspapers and websites including the Las Vegas Review-Journal, where he provided weekly football recommendations.
Originally from the sports handicapping hotbed of Cleveland, Ohio, he relocated to Las Vegas in 1997 for better exposure and increased opportunities (including being able to take advantage of line shopping in Sin City).  Since coming out West, Bryan has hosted his own daily radio handicapping show, and is frequently seen on many local and national sports handicapping broadcasts.  A key tool in any handicapper's arsenal is a solid group of Power Ratings, and Bryan is much sought-after for his expertise.  As a consultant to oddsmakers, Bryan has seen the action on both sides of the counter.  His numbers are regarded by many to be as strong as any in the country.
Bryan was the 2000 regular season champion of the Sunset Station Invitational Handicapping Contest, as well as the second place finisher in 2001.  In fact, Bryan is the only handicapper to finish in the top five in each of the final three seasons of that contest.  He was also a Top 10 Finisher in the 2003 Hilton Superbook Contest as well as an invited guest in the 2003 and 2004 Stardust Invitationals.  Bryan is also a 2-time Finalist in the Cantor Football Showdown which is filmed live from the Golden Nugget Sportsbook in downtown Las Vegas.  Bryan has now been a finalist 7 times in various Las Vegas handicapping contests.
Quality over quantity has been Bryan’s mantra in sports gambling.  If you are looking for a shotgun approach to this business, keep looking.  Indeed, Bryan releases only the games he bets himself. If he can’t find a wager worth making that day, then Bryan will pass, and live to fight another day.  He started out way back when specializing in the NBA with great success.  And has since moved on to covering all four major sports in the United States.  Bryan has produced huge profit the past three seasons in MLB action, and has yet to have a losing NHL campaign.  If you are looking for a long term proven winner in pro and college action, look no further.

A Simple Way to Produce Individual Hitting Numbers in Baseball

Part of our offseason work on the diamonds is to rate each and every offensive player we expect to get playing time. We’ve had plenty of time to do that this season, with the major sports markets in a standstill. The good news is even if this season doesn’t play out these numbers will prepare us for next year.The best one number in our opinion to do this is wRC, a runs created tool. The league average player rates out to be 100. Any number higher is that much better than league average, and any number lower is worse than league average. We take it one step further and break each player down vs lefty and righty pitchers. We also use the last three years to increase sample size. By doing this we can then add up each starting player in order to get an offensive team total number for both squads. While most star players are obviously better than average regardless of the handedness of the pitcher, certain players have major differences. For example Arizona is the new home of Starling Marte. The last three seasons he is just 76 vs lefties, 24% worse than league average. But 121, 21% higher than league average vs righties. He is projected to have 609 plate appearances. So being virtually an everyday player, we can look to find value going against the Diamondbacks when facing left-handed pitchers. Something else we want to look at is roster flexibility. Since Marte is a center fielder, we want to see how other players do vs lefties that can also play the position. Not many teams have more than one player that excels in center. The D’Backs have five players on the projected roster that can play this position. In addition to Starling Marte they have T Locastro, K Marte, D Peralta and J Jay. Versus lefties we see wRC+ numbers of 93 for Locastro, 143 for Marte, 85 for Peralta and 85 for Jay. So by far the best hitter vs lefties in Ketel Marte. But he’s expected to get 84% of his playing time at second base. So that same procedure has to be done at that position, and so on. It turns out only E Escobar is better than league average at second base, but he looks to play 85% of his games at third base. And the backups at third are weak against lefties. As a whole Arizona has six players better than league average vs southpaws, and eight players better than average vs righties. Do this for the entire league and you can find value on a daily basis.